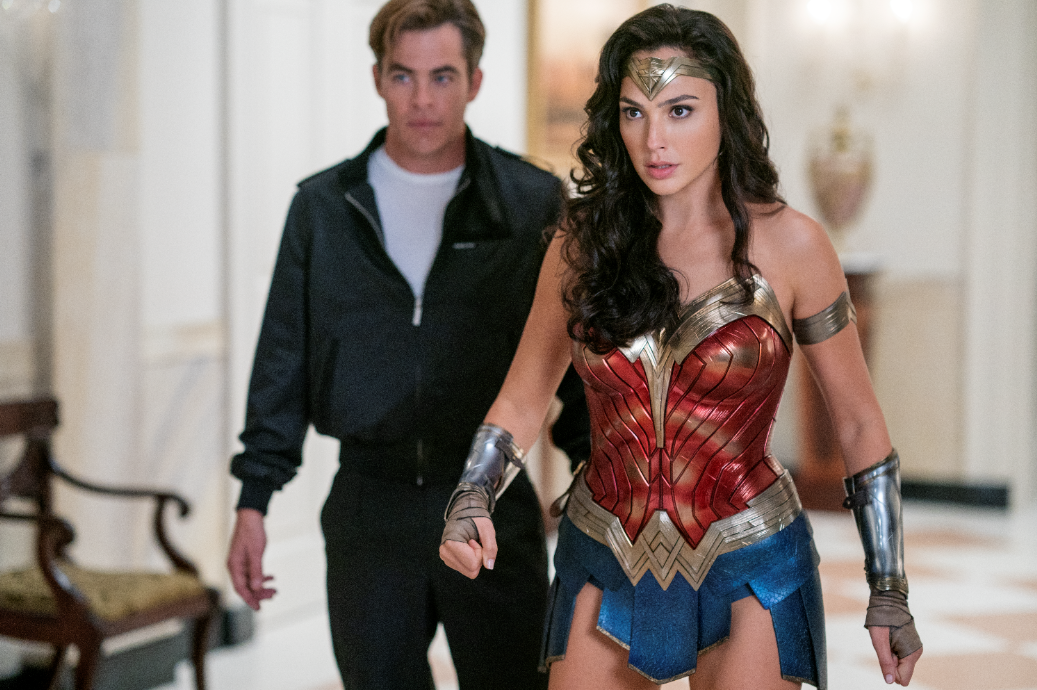 We visited the set of Wonder Woman 1984 and kept our eyes and ears open for everything we could learn about Warner Bros. and DC’s most anticipated sequel.

Stam Fine remembers the iconic 70’s Wonder Woman TV show starring Lynda Carter and Lyle Waggoner. It started off set in WWII, then moved networks and the setting was updated to the late 70s (when the show was made) with the same cast.
(video title updated to reflect the last year the show was produced)

Want to relive Wonder Woman for yourself on DVD or Bluray?
US https://amzn.to/3KOkfwj

About Wonder Woman 1984:
From visionary director Patty Jenkins comes the second iteration of the Wonder Woman saga. Seventy years after the events of the first film, Diana Prince aka Wonder Woman has settled in America at the height of Reaganomics. One of the beacons of America’s prosperity is billionaire Maxwell Lord, who claims he can fulfill man’s deepest desires. While it seems to good to be true, his mysterious abilites do seem to resurrect Diana’s lost love Steve Trevor from the dead. While Diana is thrilled to have Steve back in her life, will the price for his return be too high for Wonder Woman?

Wonder Woman 1984 had us wondering: What went so so wrong?
Check out our Patreon and come hang out on the Discord! ► https://wscrk.com/32Q7huu

Wonder Woman 1984 was pretty much the most hotly anticipated release of our media-deprived 2020. But it didn’t quite land, and we think we know why. Let us explain in this Wisecrack Edition on Wonder Woman 1984: What Went Wrong?

Subscribe to Wisecrack! ► http://wscrk.com/SbscrbWC
Support us on Patreon! ► https://wscrk.com/32Q7huu
Check out our Merch Store! ► http://wisecrack.store/

The new era of Wonder Woman begins here. #WW84 only in theaters.

Fast forward to the 1980s as Wonder Woman’s next big screen adventure finds her facing two all-new foes: Max Lord and The Cheetah.

With director Patty Jenkins back at the helm and Gal Gadot returning in the title role, “Wonder Woman 1984” is Warner Bros. Pictures’ follow up to the DC Super Hero’s first outing, 2017’s record-breaking “Wonder Woman,” which took in $822 million at the worldwide box office. The film also stars Chris Pine as Steve Trevor, Kristen Wiig as The Cheetah, Pedro Pascal as Max Lord, Robin Wright as Antiope, and Connie Nielsen as Hippolyta.

Patty Jenkins directed from a screenplay she wrote with Geoff Johns & David Callaham, story by Jenkins & Johns, based on characters from DC. Joining the director behind the scenes are several members of her “Wonder Woman” team, including director of photography Matthew Jensen, Oscar-nominated production designer Aline Bonetto (“Amélie”), and Oscar-winning costume designer Lindy Hemming (“Topsy-Turvy”). Oscar-nominated editor Richard Pearson (“United 93”) is cutting the film. The music is by Oscar-winning composer Hans Zimmer (“Dunkirk,” “The Lion King”).

This film is rated PG-13 for sequences of action and violence.